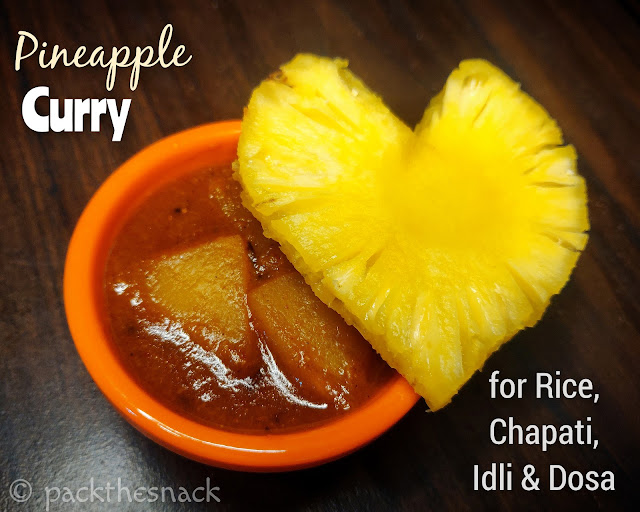 Have you ever thought of making lip-smacking spicy curry with the most delectable fruity flavour? This curry is spicy enough, tangy enough and sweet enough to wonder your taste buds. The juicy pineapple chunks in the curry would take you to heaven whenever you give a bite. Let it be steamed rice, roti, chapati, idly, dosa or even appam, Pineapple Gojju would be a great choice to go with.

True to say, Pineapple is a sweet-friendly & savour-friendly fruit guy, and he just speaks in all dishes with his bold fruity flavour. One such lovable recipe is Pineapple Gojju which uses no onion, no garlic, no tomato, and no complicated ingredients. All we need is to prepare the flavoursome masala paste and cook the pineapple chunks in it. What is Pineapple Gojju?

The pineapple curry is one of the speciality dishes of Karnataka that would irresistibly go well with Steamed Rice, Roti, Chapati, Idly and Dosa. There lies myriad varieties of Gojju and the one delectable kind of Gojju that I personally love to prepare and serve is this Pineapple Gojju.

Pineapple Gojju is the lip-smacking curry with the right tanginess, and the right spiciness balanced out by the mild sweetness of the pineapple. The highlight of the Pineapple Curry is the totally lovable flavour hired from the uniquely flavoursome pineapple. 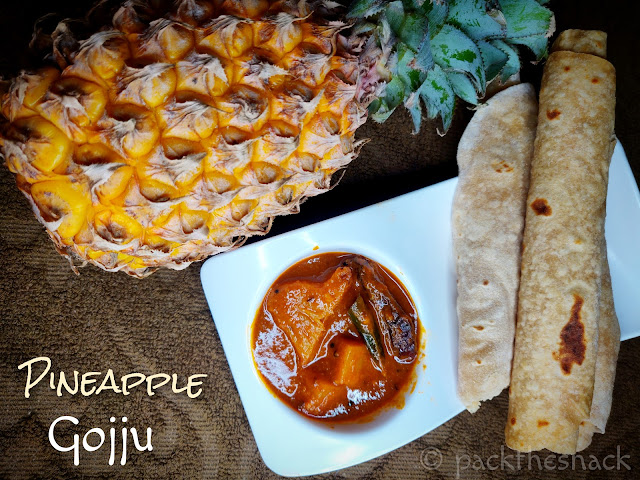 What makes the Pineapple Gojju so special?

The roasted sesame seeds along with the dried red chillies, fenugreek seeds, and other such ingredients lend a magical touch to the Pineapple Gojju recipe.

The juicy, masala-infused, flavoursome pineapple pieces in the Pineapple Gojju makes it so special and distinctive from other Gojju recipes.

The authentic Karnataka-style pineapple curry is prepared by slow-cooking the pineapples in the masala. Having said that, the pressure cooker method makes it much easy by reducing the effort without lending any cutbacks in the taste. 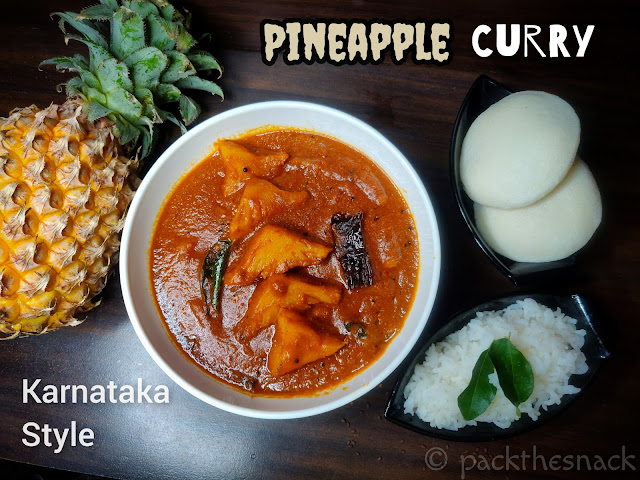 A few tricks to ensure the best-tasting Pineapple Gojju:

The coconut oil lifts the flavour profile of the Pineapple Curry. Use the cold-pressed coconut oil to make the dish perfectly coconutty.

Roasting the pineapple chunks in the oil for a while helps in seeping out the fruity flavour from the pineapples. Use the well-ripened pineapples that are so sweet in taste. 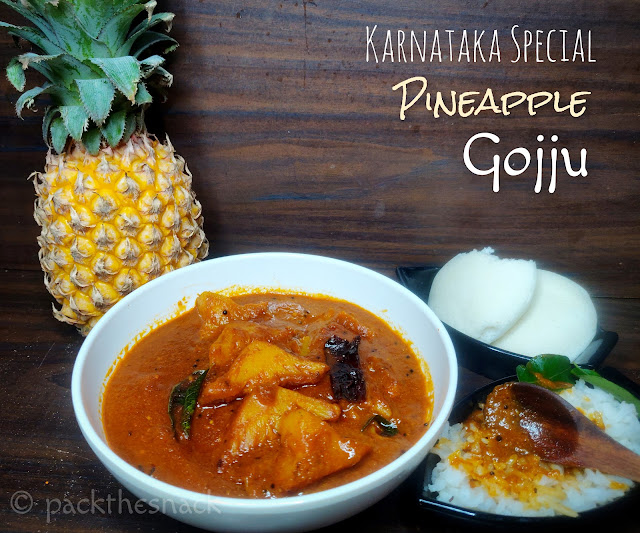 Furthermore, based on the sweetness of the pineapple, adjust the amount of jaggery, red chillies, and tamarind to get the balanced spiciness, tanginess, and sweetness in the recipe. The pressure cooking method makes the job much easier as the pineapple chunks are cooked along with the masala in a very lesser time. Most people don't use cumin seeds for the masala, but I feel that they add a good taste to the Pineapple Curry.

So, the very easy, time-saving, flavoursome and delectable pineapple curry that can be served as the main course or the side course is here. 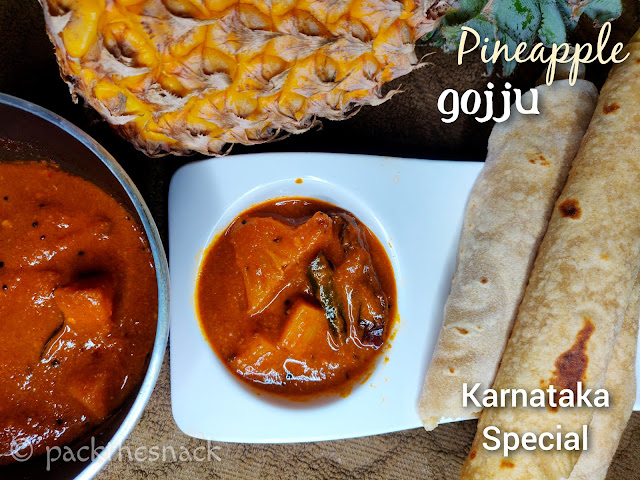 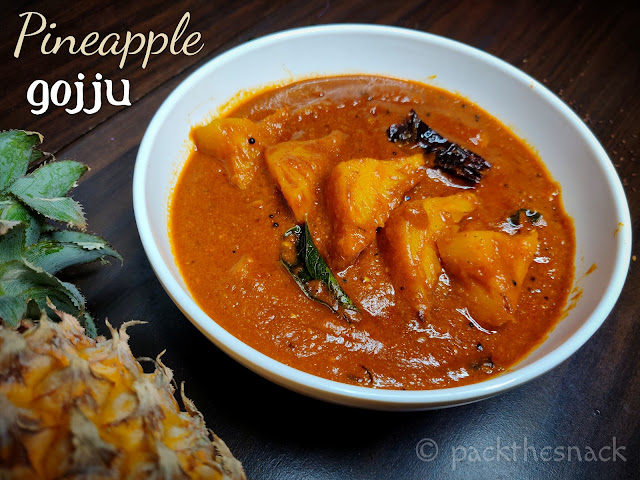 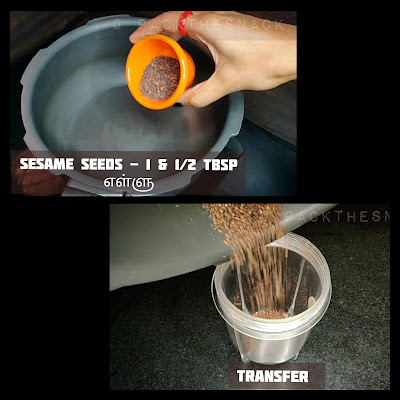 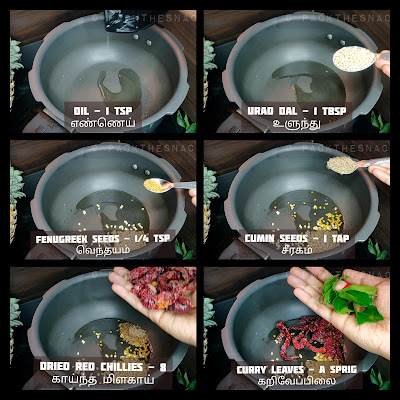 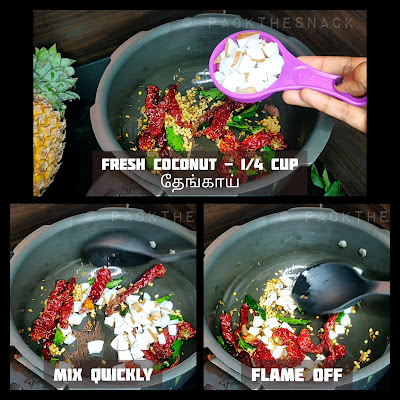 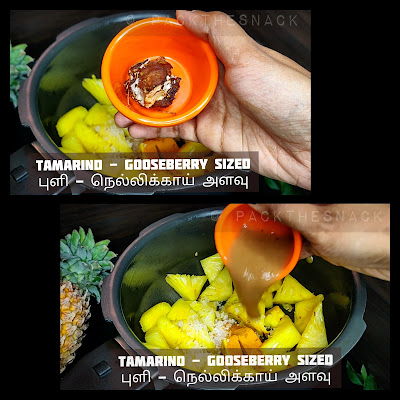 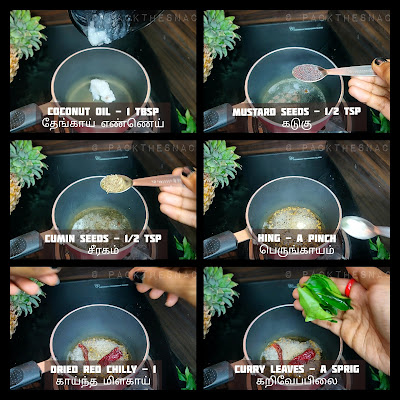 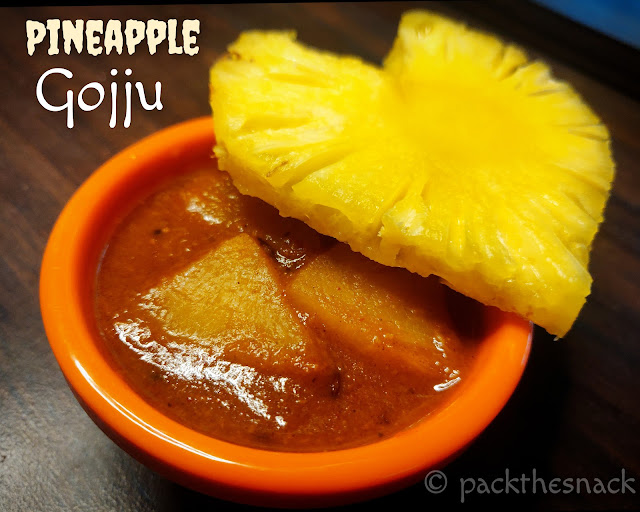