To kick-start a morning, to relax in the mid-morning or to burst out the stress, a cup of tea steeped to perfection is what we need, isn't it? Why shouldn't that tea be the one steeped with loads of flavours, a bucket of goodness, and a divine taste? Yes! Brew up a perfect cup of Kahwa tea and get yourself tied to the rich taste of the Golden beauty. 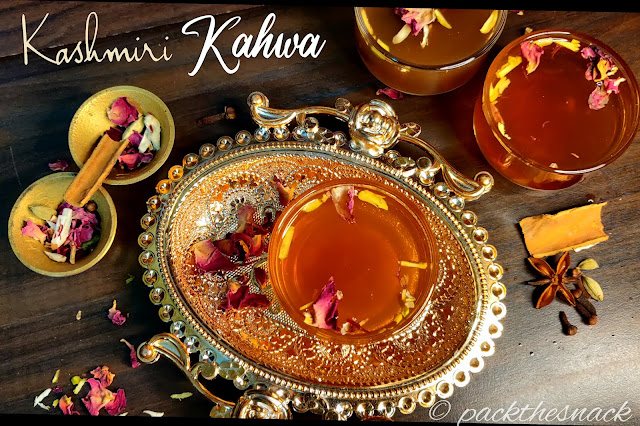 Kashmir is a place of stunning beauty, and home of infinite rich & royal delicacies influenced by Mughals. The dry fruits, saffron, and roses used in the Kashmiri recipes make them taste extraordinarily royal, opening in-depth gates to richness and royalty. Though most popular recipes from Kashmir are non-vegetarian, there is a lot more interesting stuff when coming to Kashmiri-style vegetarian dishes and beverages.

The one lovable Kashmiri beverage that wins the heart with the creamy texture, yummy taste, and beautiful pinkish tint is nothing but the Noon Chai/Pink Tea. The other quintessential beverage of Kashmir that wins the soul with its spectacular golden colour, and the breath-taking mild flavour is Kahwah/Kahwa/Qahwa/Kehwa tea. 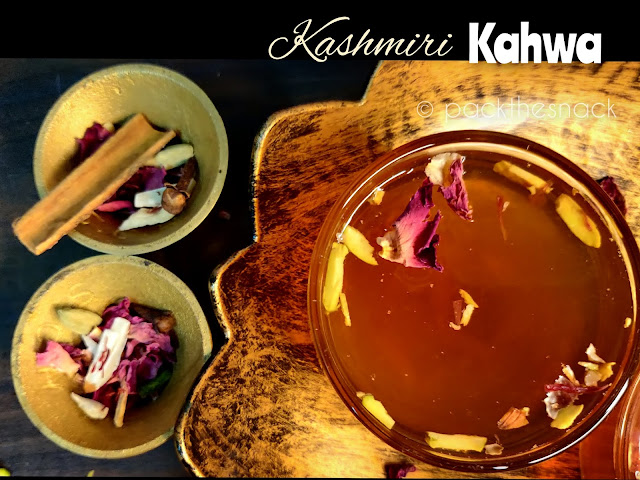 So, What is Kahwa Tea?

Kashmiri Kahwa is a flavour-loaded variation of green tea. To elaborate, Kahwa Green Tea is an exotic mix of nuts, saffron, roses, whole spices and green tea leaves. Preparing Kahwa Tea is so simple, but the flavour & taste of the Kehwa tea is very detailed with the blasting fusion combo of the spices, saffron and roses.

How the Kahwa is made traditionally?

Traditionally, Kahwa tea is prepared in a brass container that holds a fire chamber in the middle. The surrounding space is used to brew up the Kahwa tea. Unlike the traditional custom, Kahwa tea can also be prepared using a saucepan.

The authentic way of making Kashmiri Kahwa is with cinnamon, cardamom, saffron, nuts, and green tea leaves. Occasionally, the rose petals are added for the additional bliss of aroma. Some people add cloves along with cinnamon and cardamom. I have been making Kahwa since ever I came across this super comfort beverage, and is always my best after-breakfast partner to relax with, after the busy morning hours. After experimenting with various spices combos, I started to add star anise to the whole spices list as it resulted in the blissful flavour outcome.

If you want a mild flavour in your Kahwa tea, add only the cinnamon and cardamom. If you love a strong flavour of the spices in the Kahwa, add cloves and star anise along with cinnamon, cardamom. Either way, Kahwa tastes just awesome. 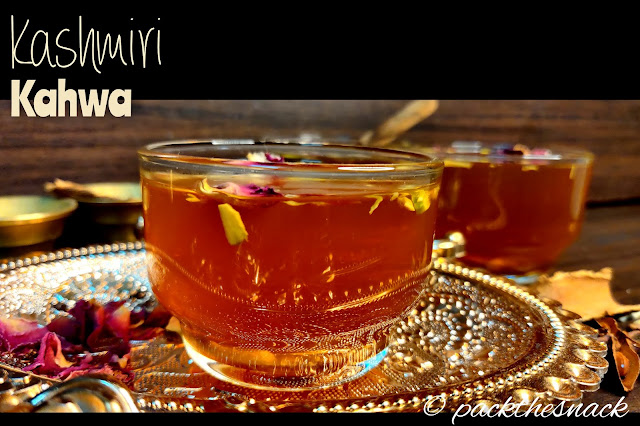 Proper digestion - helps in flushing out the toxins and promote good digestive health.

Weight Loss - Kahwa is mainly served after meals to wash away the fat and to hinder the deposition of cholesterol.

Stress Reliever - the antioxidants present in the Kahwa tea helps in relieving the stress.

Strong Immunity - saffron and cloves are added to strengthen the defence system of the body.

Energy Booster - a cup of hot Kahwa kick-off the tiredness, and keeps you active the day long.

A cup of hot Kahwa keeps the body warm from the inside, and that's why Kashmiris consume this Kahwa tea regularly after their meals. Not only in the winters, but Kahwa tea can also be enjoyed anytime as even a single sip of Kahwa would make you float in the heavenly taste, for sure. When the Kahwa is prepared, the whole home would be surrounded by the mild fragrance of the spices, and when you taste it, you would enter a new world filled with bliss. 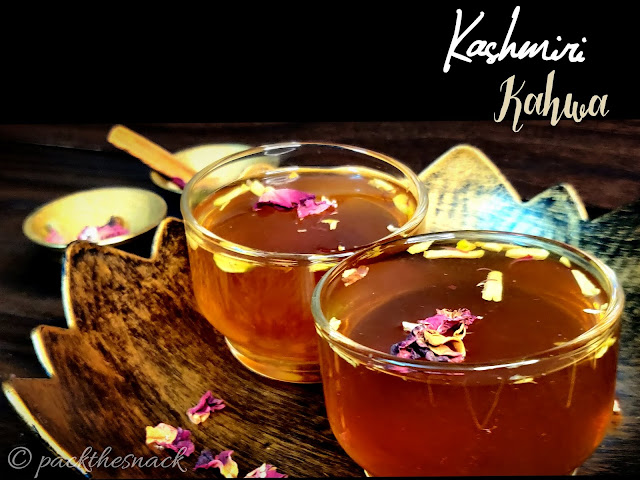 The best Sweetener for Kahwa:

As a sweetener, Honey is usually preferred. Some people go for refined sugar that I don't suggest. You can go for Palm candy instead of Honey which adds even more health-goodness to the Kahwa tea.

How to brew up a perfect cup of Kahwa tea? 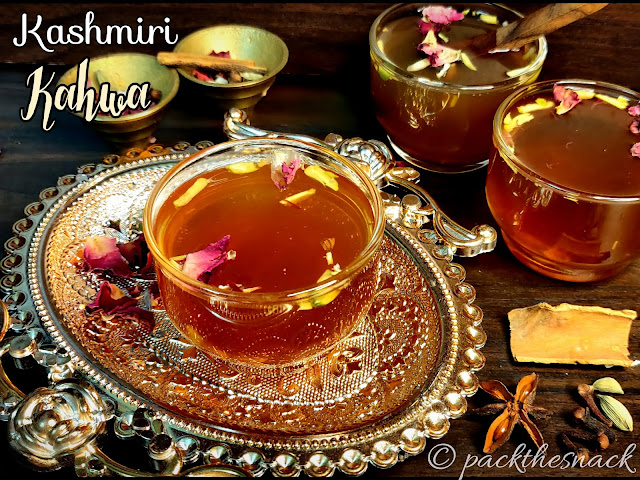 So, the right things, the right amount of things, and the right steeping technique lends you the perfectly flavoursome Kahwa tea that rocks with the mutual flavour blend of spices, saffron and rose petals. The sweetener, saffron and sliced almonds can be added at the time of serving. Instead of sliced almonds, sliced cashews, pistachios or even dried fruits like dates, figs or cherries can also be added. 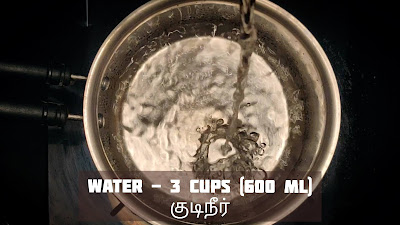 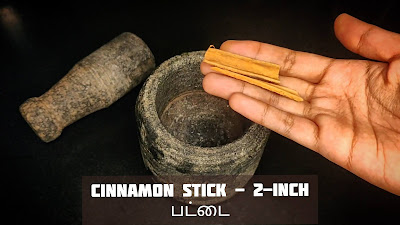 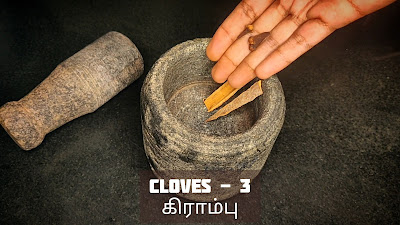 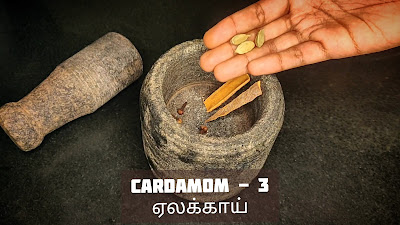 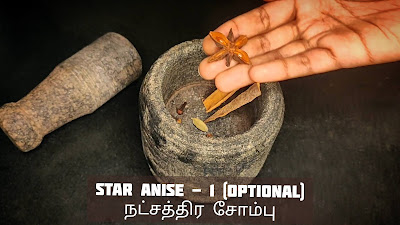 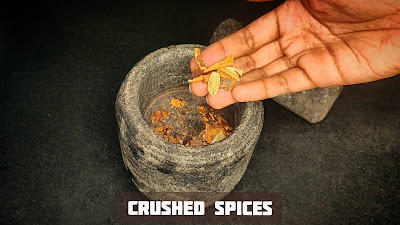 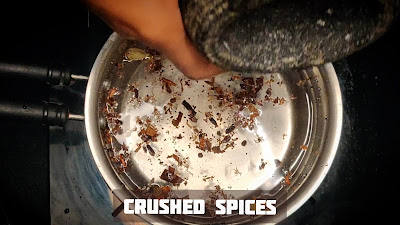 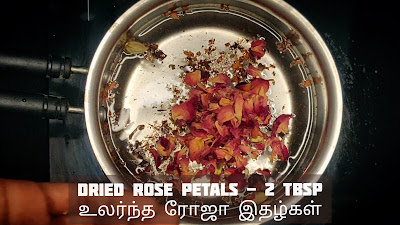 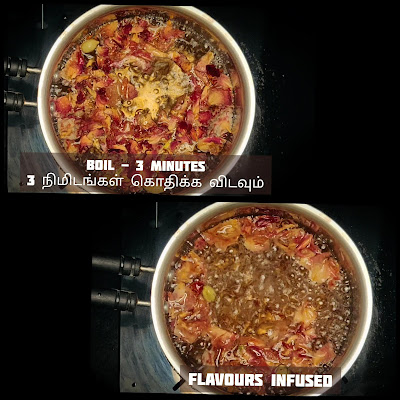 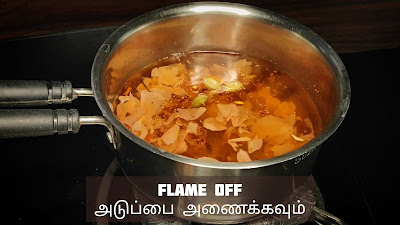 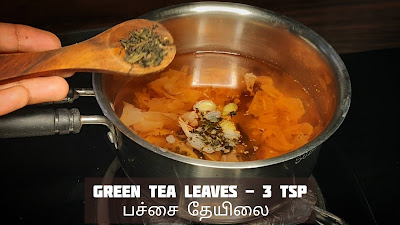 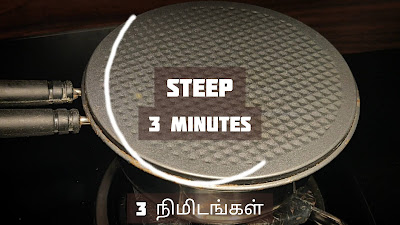 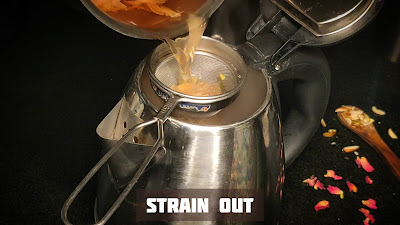 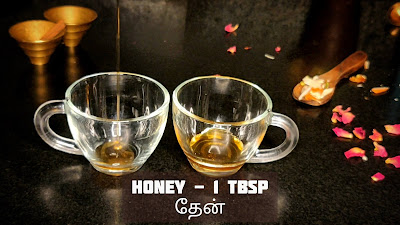 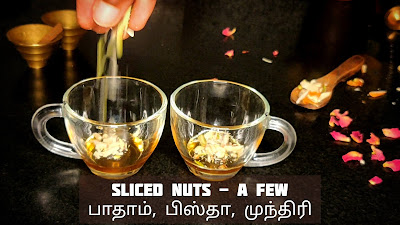 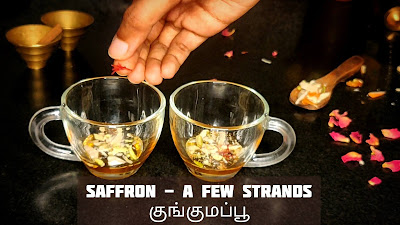 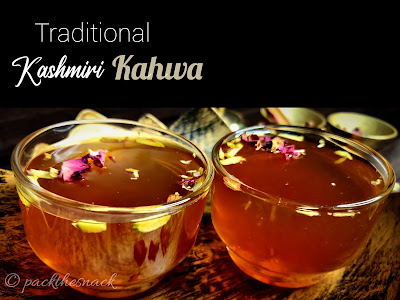 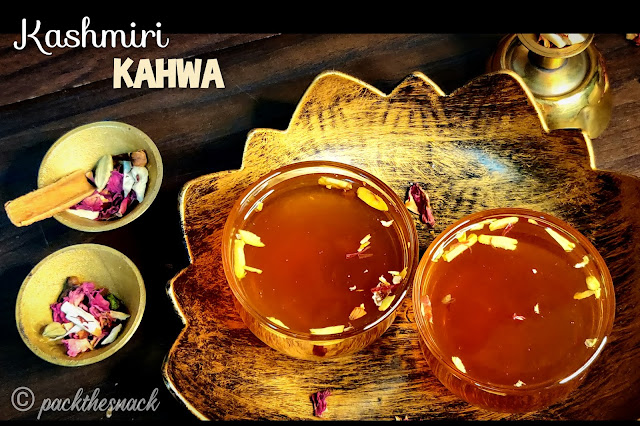 Royal Beverage to flush the Toxins out!