Pumpkin - a kind of plump, cute, nutrient-dense vegetable with a vibrant tint of yellowish-orange, and the one thing which I love to stock in my pantry. Yeap! I love Pumpkins. 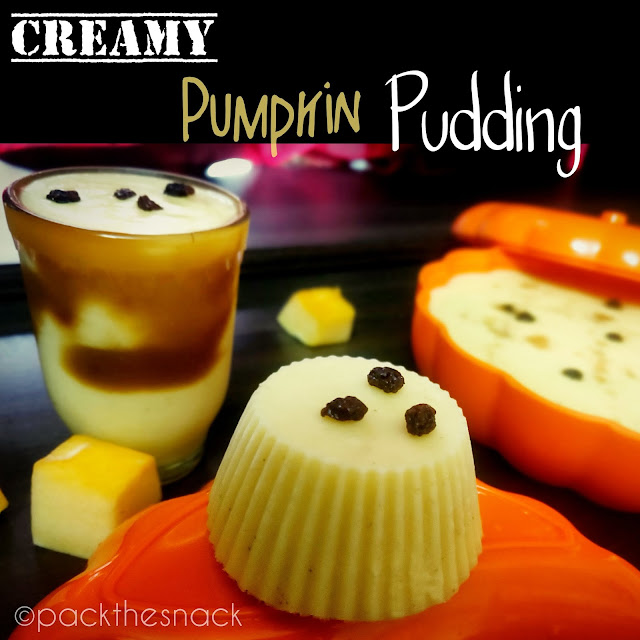 My mind entered 'thinking mode' when I gotta get a big pumpkin from my uncle's garden. OMG! That guy was so big and unsized, but so cute and sweet enough to indulge him in so many mind-blowing recipes. I always make Pumpkin Kheer which can be prepared with not much time and effort. As I already threw him as the post, I thought to come up with a special recipe and this super-easy Pumpkin Pudding is the result that hits the ball to 'sixer' in my family.

It is no new that everybody wants some soothing cold dessert to get cooled down in this scorching summer. This easy pumpkin Pudding would do the cooling job perfectly. Alongside, it serves as a soul-filling after-lunch and after-dinner dessert.

What's special about this recipe? 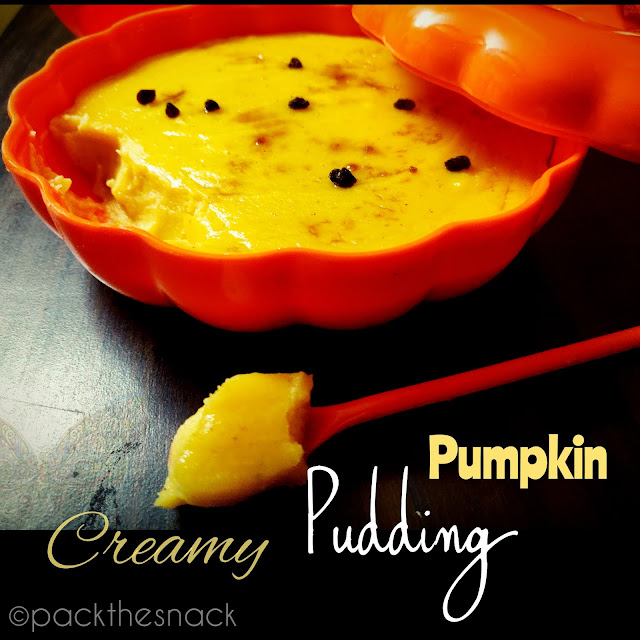 Though this creamy pumpkin pudding can be unmoulded and cut into pieces, the creaminess is the thing that has never been missed. The melt-in-the-mouth creaminess and the coldness of the dessert would be a great combo that strikes the mouth and amazes the taste buds on each bite. 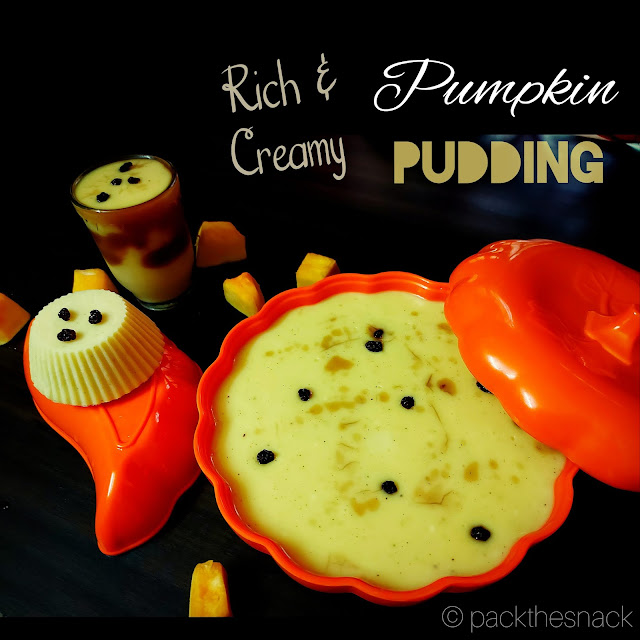 Could I use canned pumpkin puree?

Why my pudding does not set after refrigerating?

I usually make this dessert with coconut milk and Jaggery which gives a deeply caramelized taste changing the beautiful natural yellow of the pumpkin to pale brown. Since the first preference goes to health, I strictly stick to a Jaggery version when I make it for my family. But, to freeze the beautiful yellow in all my clicks, I purposely used Mishri here. If coconut milk is used, I strongly suggest adding Jaggery as they pair quite beautifully and taste quite divinely.

The melt-in-the-mouth, rich and creamy, milk-based cold dessert prepared from the smooth and silky pumpkin puree. 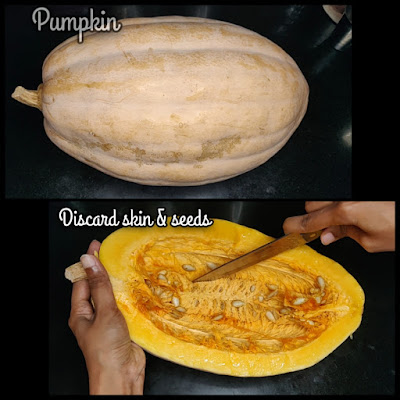 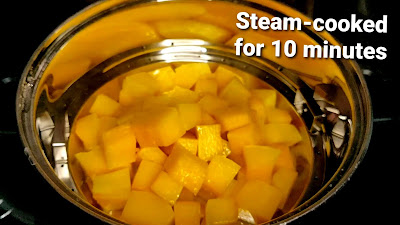 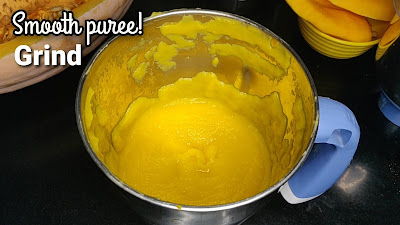 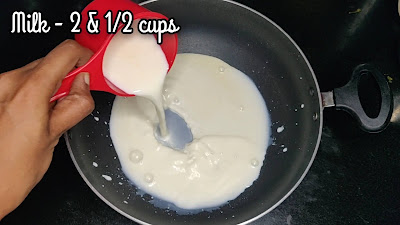 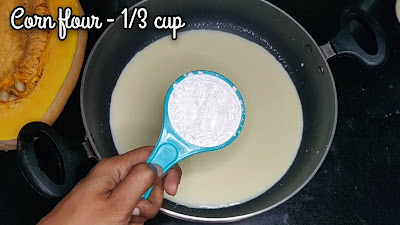 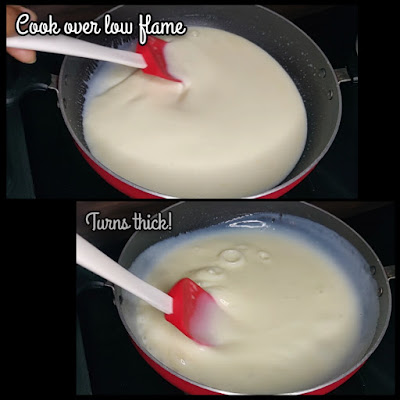 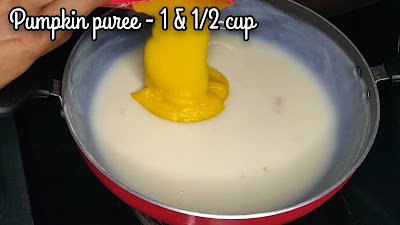 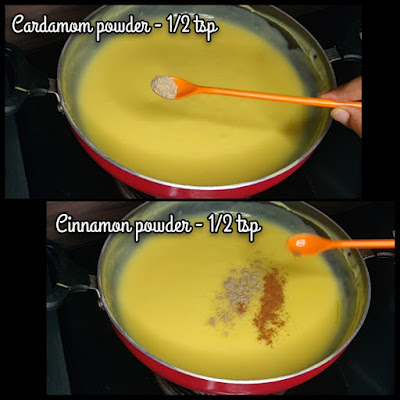 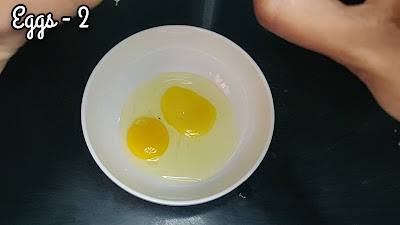 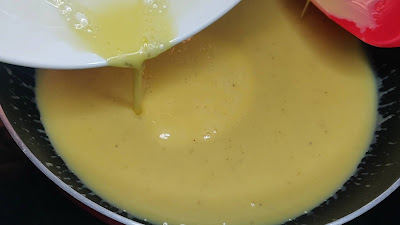 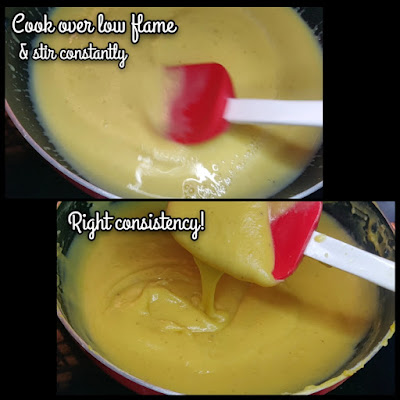 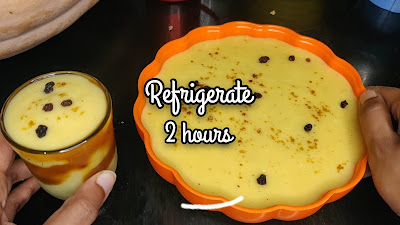