Black gram is one of the best beans among the legumes with surprisingly amazing health benefits. It is best known for its high protein & Iron content and is known to be widely used in the Indian subcontinent. Let it be sweet or savoury, black gram has its own goodness added to the recipe. Do you agree? yup! that is the reason why I stick to black gram most of the time, especially the sprouted black gram. 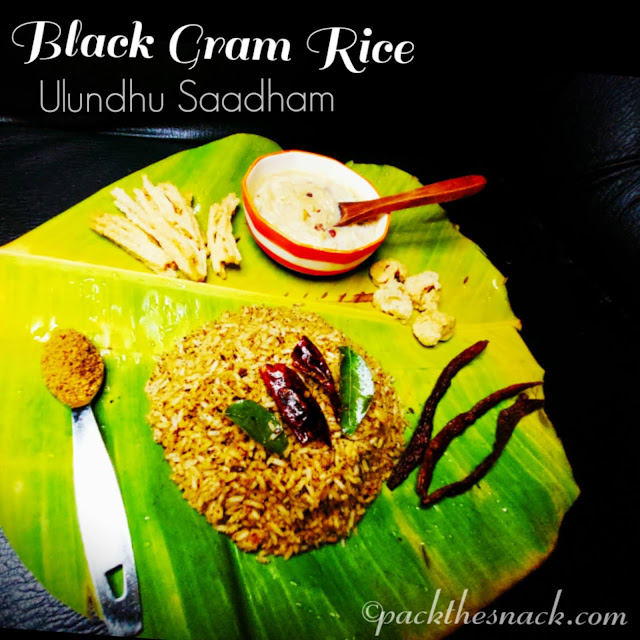 I'm pretty much sure that some legume would be germinating in my kitchen daily, and most of the time, the sprouting babies are the black grams since I love to use them in most of my recipes which includes Sprouted black gram Paayasam and Sprouts Adai Dosa. I also recommend visiting my Kids Idly Podi post which uses sprouted black gram. The recipe here is Podi version of Black gram which is very similar to the Dal Powder and Curry leaves powder recipe.

The Black Gram Masala powder could be stored in an air-tight container for future use that stays good for more than 3 months. The quantity I have shown in this post is for making 750 grams of Black gram rice. Roughly, we need just one tablespoon of masala powder for 100gms of rice. I used two heaped tablespoons of masala powder for 250gms of rice. The recipe can be easily halved, doubled or tripled to give hands as a perfect protein-packed lunch in the tightly-scheduled day.

Know the benefits of Black Gram:

What you need is just the hot steamed rice and a simple tadka if you have this protein-rich powder prepared ahead of time. There is a flavour enhancer in this recipe which is nothing but gingelly oil. I use cold-pressed gingelly oil for the recipe which I would suggest you as well. Though cold-pressed oil is the healthy option, using more oil would harm the body health. Hoping for health sake, I always prefer to use less oil in my recipes.

The same recipe can be imitated by using sprouted black gram. The only thing we need to be conscious is that Sprouted black gram needs to get roasted for a long time as it holds moisture content within it. If not roasted properly, the shelf life may get reduced.

Finally, the nutty flavour of cumin and coriander seeds, the subtle spiciness from the peppercorns and the red chillies, and the soulful fragrance of the fresh curry leaves elevate the taste of this protein-packed lunch recipe. I guarantee that the unique taste of the gingelly oil when comes in contact with the hot steamed rice and this delicious Podi would never fail to amaze your palate.

I go for a less spicy version keeping my kid in the mind. You could increase the number of red chillies or black peppercorns to get the spicy version. Shall we look into the recipe?

For comforting the easy understandability of the recipe, the step by step, detailed procedure along with the picture is shown below: 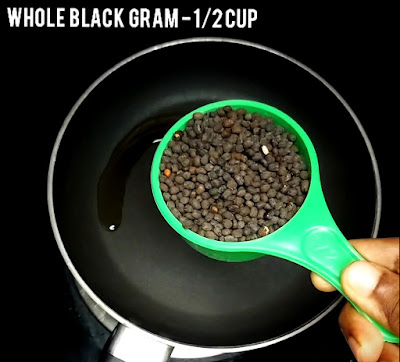 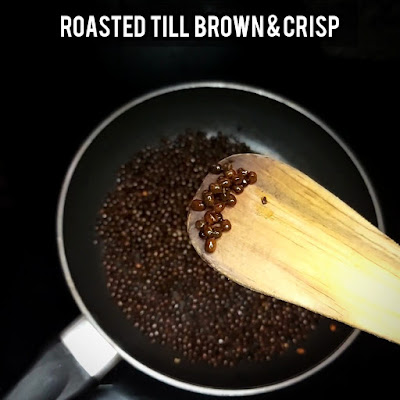 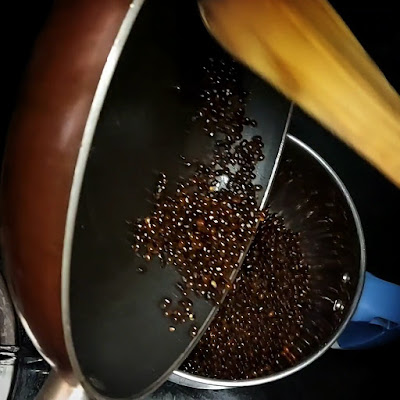 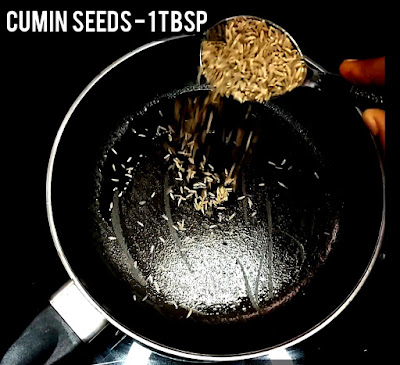 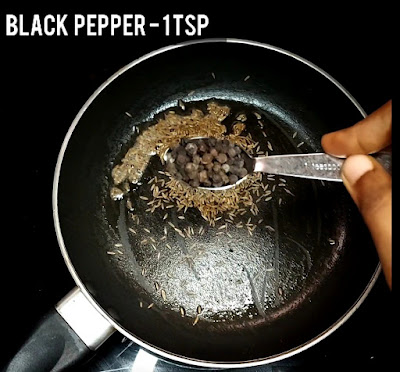 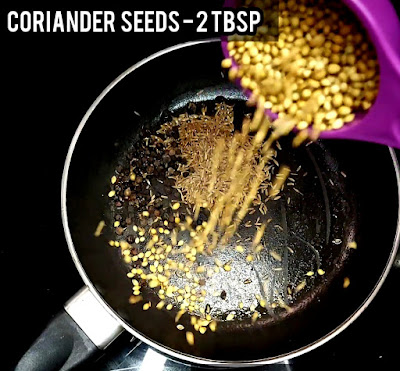 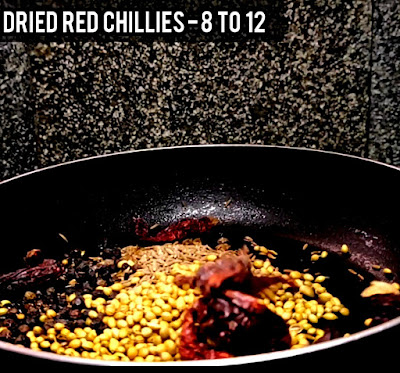 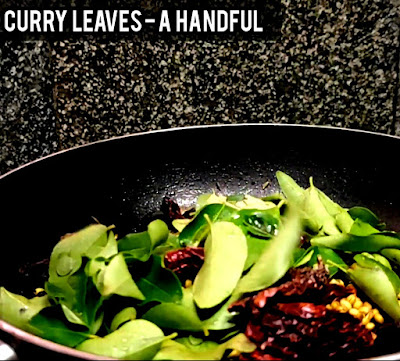 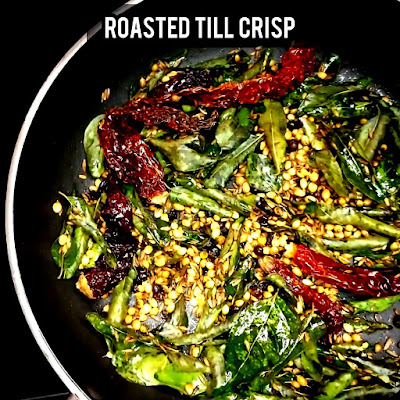 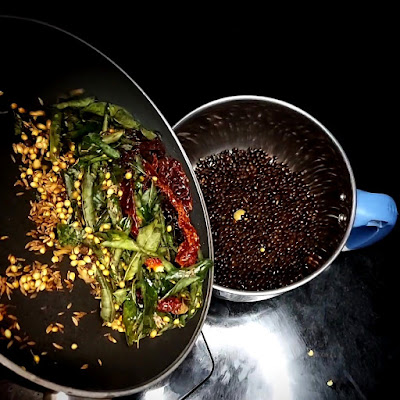 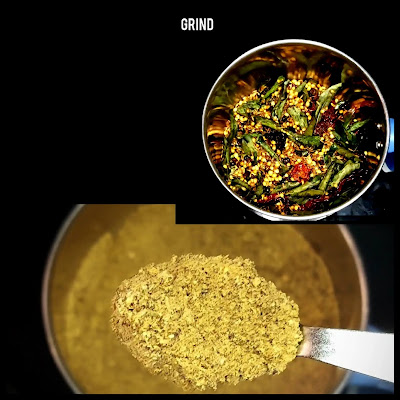 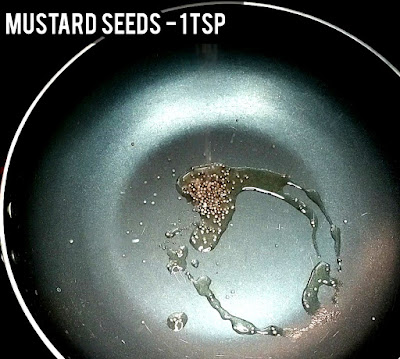 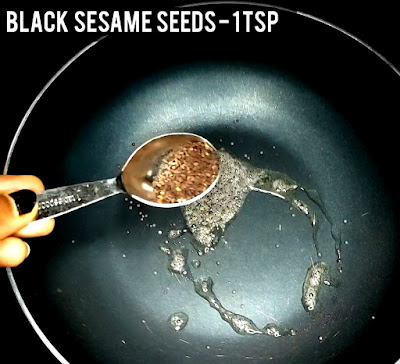 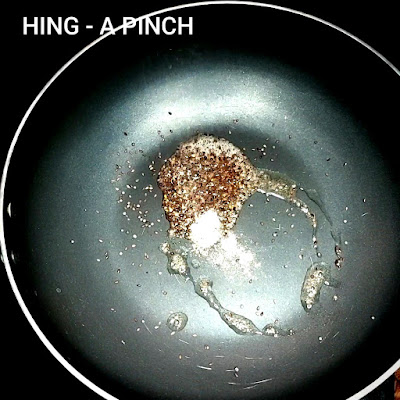 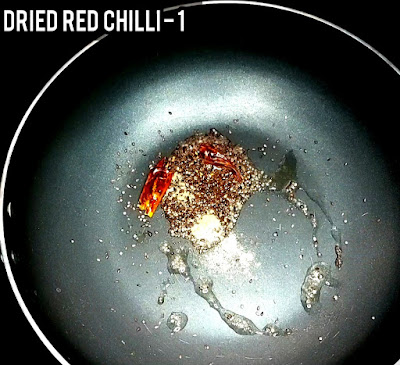 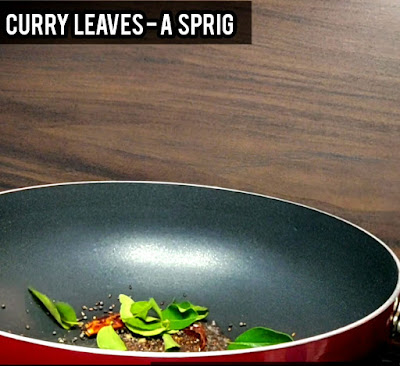 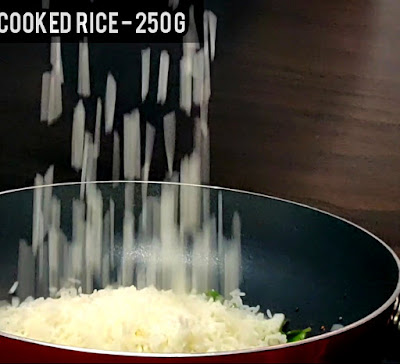 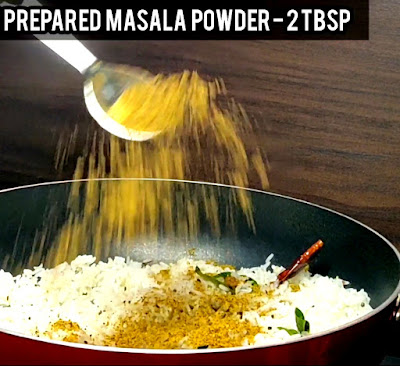 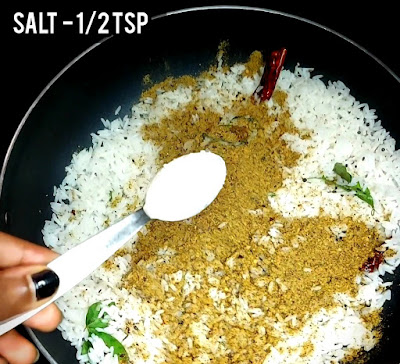 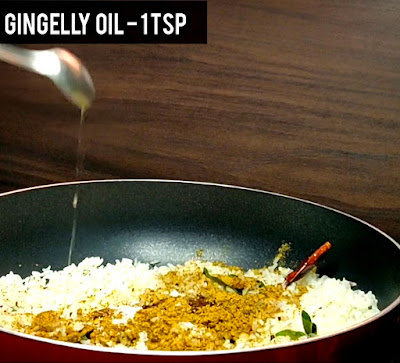 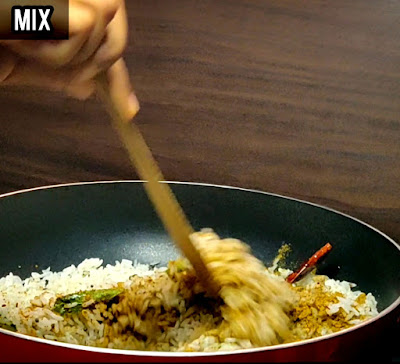 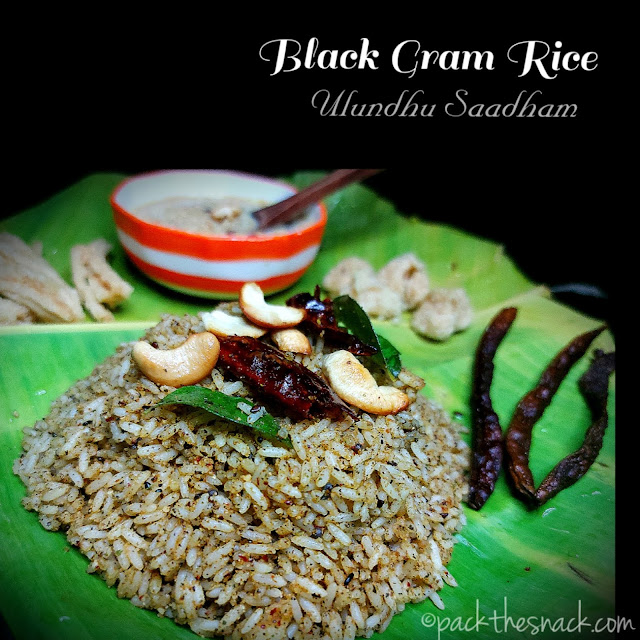 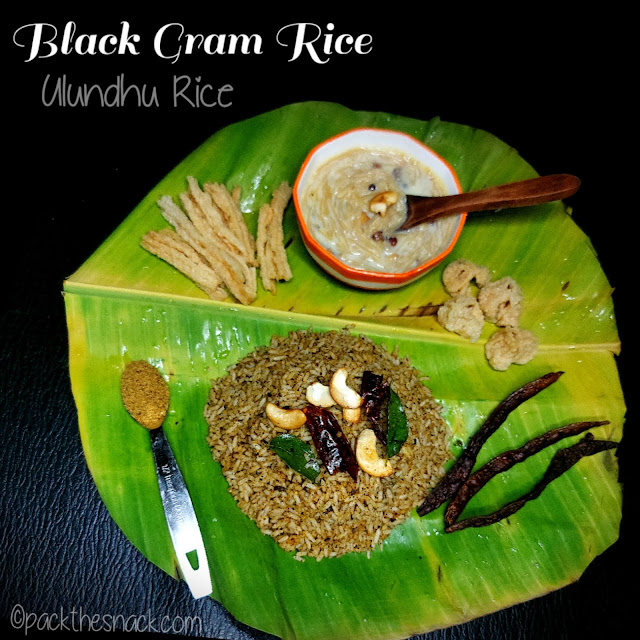 Get yourself vanished in the Soulful taste of Ulundhu Podi Saadham! 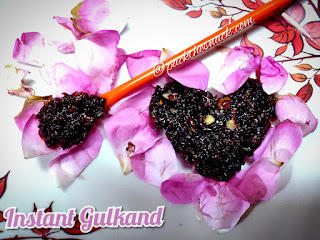